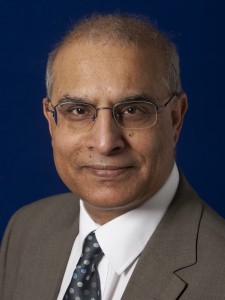 Nasrullah Khan Moghal (known as Khan) is an engineer by profession. He is a graduate of the University of Manchester, and holds a Diploma in Race & Community Relations from the University of Liverpool. He was educated in Kenya and Pakistan before graduating with an engineering degree at University of Manchester. Having worked in the gas and computer industries for 25 years, he devoted his professional time to community relations as the Chief Executive Officer of Manchester Council for Community Relations, a position he held for 25 years.

He has been involved with the BME communities for a number of years in Trafford; and has represented them on the Trafford Partnership; he currently chairs the Voice of BME Trafford which was set up in 2007 to be an effective voice of the BME communities of Trafford in order to inform and influence decision-making bodies so that issues facing BME communities form an integral part of their service delivery strategies.

Khan plays a unique community representational role. He has articulated the needs of the disadvantaged residents of inner city Manchester during this time as an elected member of Manchester City Council from 1986 till 1998, holding the portfolio of Equalities and Non-discrimination.

He took lead to introduce the Translation & Interpretation Service and the Link worker service in order to make council services accessible to all sections of Manchester’s residents, particularly Black and Minority Ethnic (BME) communities.

He sits on many bodies where he can exercise influence to ensure mainstream service providers respond to the needs of diverse communities with regard to race, faith, poverty and other areas of oppression. Championing education, he sits on the Governing Body of Burnage Academy for Boys; he is also one of the Trustees.

Khan works with many institutions and communities to promote community cohesion. His significant contributions are his work in helping to organise ADAM Day bringing people of faith and non-faith together to celebrate common humanity.

Khan’s professional work with large institutions is noteworthy. His work with Manchester City Council and Greater Manchester Police with specific reference to Race Equality Schemes and Action Plans has resulted in these institutions changing their policies and procedures to promote equality at all levels.

Through his wide-ranging work, Nasrullah Khan Moghal continues to help improve the quality of life of the residents of Manchester.  He was awarded the honour of MBE by Her Majesty the Queen in the New Year Honours List 2010.